Social media abuse is the most significant point to think about. People use these platforms to spread hate and extremism. The football leading groups united and announced a 3-day social media boycott to deal with this problem. Premier League, FA, EFL, Women’s super league, FA Women’s championship, PFA, PGMOL, and LMA will not post anything during this boycott from Friday 3 pm to Monday 11:59 pm.

This step is taken in reply to the continued hate, and discriminatory abuse people spread online.

All these organizations announced a combined statement:

“As a collective, the game recognizes the considerable reach and value of social media to our sport. The connectivity and access to supporters who are at the heart of remains vital.

“However, the boycott shows coming together to emphasize that social media companies must do more to eradicate online hate. While highlighting the importance of educating people in the ongoing fight against discrimination.

“Boycott action from in isolation will, of course, not eradicate the scourge of online discriminatory abuse. But it will demonstrate that the game is willing to take voluntary and proactive steps in this continued fight.

“Finally, while takes a stand. We urge the UK Government to ensure it’s Online Safety will bring in strong legislation to make social media companies more accountable for what happens on their platforms, as discussed at the DCMS Online Abuse roundtable earlier; This week.”

“Racist behavior of any form is unacceptable. And the appalling abuse we are seeing players receive on social media platforms cannot be allowed to continue.

“The Premier League and our clubs stand alongside in staging this boycott to highlight the urgent need for social media companies to do more in eliminating racial hatred. We will not stop challenging social media companies. And want to see significant improvements in their policies and processes to tackle online discriminatory abuse on their platforms.

In response to this boycott, Instagram introduced a new technique to fight social media abuse. 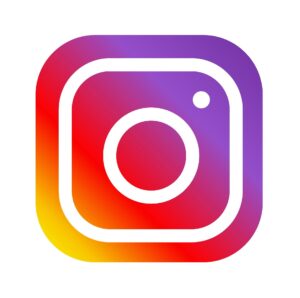 Recently the football players, including Arsenal striker Thierry Henry and many others, complained to the social media platforms about the lack of action from the technology companies in response to the online abuse.

“I empathize with a lot of the frustrations. And think the exciting thing with the boycotts is that in the past, often sanctions are because people disagree.

“We welcome conversations on how we can continue to improve our product and how we can work on tools to make people safe.

“From our side, we recognize this is part of a wider conversation to raise awareness.”